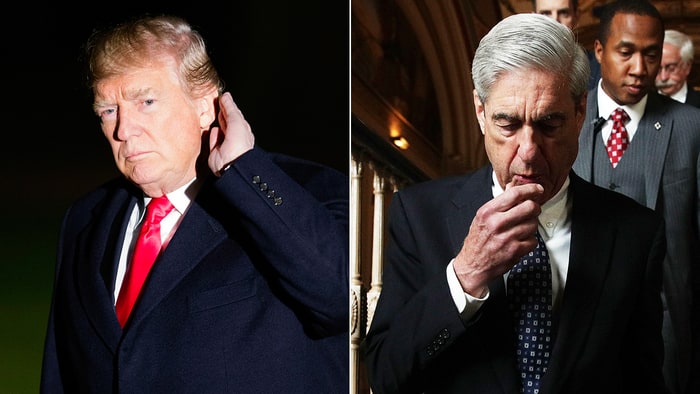 The ongoing attempt to bring President Trump in guilty for “colluding with Russia to win the United States presidency took another dimension with the news that the special counsel Robert Mueller has subpoenaed transaction data of a very legal business deal which then business man Donald Trump struck with Deutsche Bank.

The transaction data of this deal which, it should be noted, took place some time around 2008 is supposed to be the key that will unlock the culpability of President Trump in colluding with Russia to elect himself president of the United states. Or the latest key they hope will unlock it.

Nobody knows exactly what transaction data that special counsel Mueller has subpoenaed, but rumors have it that it is details of loans Mr. Trump got from Deutsche Bank in 2008. Mr Mueller’s investigation wants to know the reason Deutsche Bank continued to lend money to Mr Trump even after Mr Trump defaulted on a previous loan. Deutsche Bank, at the time, also had business dealings in Russia.

Do you get the connection they’re trying to make? Deutsche bank was doing business in Russia at the same time it was loaning a lot of money to Trump, therefore, there must be something suspicious somewhere in there. Even though this happened in 2008, there’s a mention of Russia and Trump in the same sentence so, it’s worth spending some of the millions of dollars for the investigation on.

Anyway, we will watch and see how they connect a legal business transaction between a legal bank and a big, international business man in 2008 to a presidential election which took place eight years later in 2016. I believe it will take a lot of twisting and turning, and quite a great deal of talent for fiction to connect those two things from two different time dimensions, but, I guess nothing is impossible when you have an unlimited amount of money to work with, as special counsel Mueller seems to have.

And, if eventually this latest plot in the soap opera doesn’t do the trick, as it surely would not, maybe the next plot will involve subpoenaing the makers of the Russian salad dressing that Mr. Trump once used. Oh yeah, that will definitely be the clincher. It’s quite clear that Mr Trump had the intention of colluding with Russia to win the 2016 presidential election when he used that Russian made Salad dressing in 2003.