Killing net neutrality is a bad idea from a capitalist perspective so it stays. 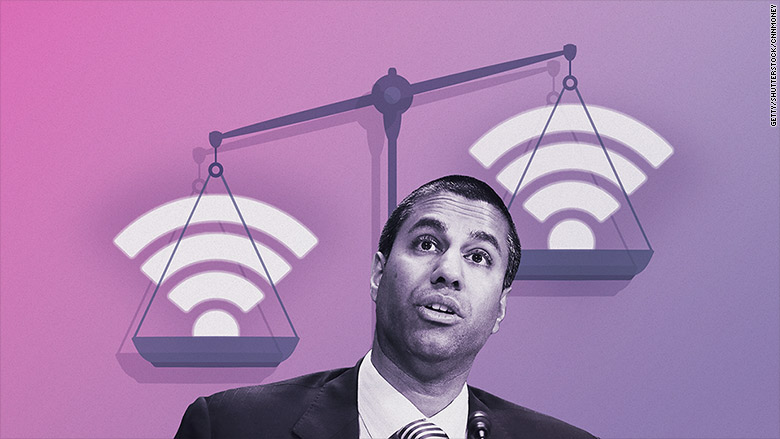 On December 14 2017, the Federal Communications Commission (FCC) led by Obama appointed and Trump retained chairman, Ajit Pai, voted to repeal the net neutrality law passed by the Obama administration in 2015. The repeal passed with a vote of 3 to 2 and did away with the net neutrality regulations that prohibited broadband providers from blocking websites or charging for higher-quality service or certain content. The federal government will also no longer regulate high-speed internet delivery as if it were a utility, like phone service.

As everyone probably knows by now, as this issue has been in the news for a really long time, net neutrality is what keeps the internet fair and open to everyone. It ensures that both the little guy and the big guy have access to the same internet, and the service you get is not dependent on how much money you can pay.

It also ensures that how much exposure your business gets on the internet isn’t dependent on how big, rich and powerful your organization is. Net neutrality is the great equalizer of the information highway, and kept it open and accessible to all and sundry.

All of that potentially ended with the FCC vote on December 14 ending net neutrality. What we’re all looking at, if the decision stands, is an internet that looks like you cable network where what you get depends on how much you’re willing to pay.

It becomes even more difficult for small businesses to compete on the internet because the big internet providers will have the powers to decide how much exposure they get, and to whom they’re exposed.

It sounds all doom and gloom for us little people, this future we’re starring at without net neutrality, but, it might not be just for us. Yes, we might not be the only people who suffer the ill consequences of this move, if it eventually stands, and this is why I say that.

The obvious thing that will happen if the internet service we receive becomes too expensive, or too crappy is that a lot of people will drop it as is human nature to do. A lot more people would be using cable TV today if it was like the internet we have, or used to have, if net neutrality is killed, and you don’t have to pay through the nose for it.

Anyway, If people drop the internet, as many surely would, if it becomes too expensive, or too exploitative to use, I believe that the ones who will get hurt more will be the corporations and big businesses who have come to depend on the internet to do business. The less the number of people who can afford to use the internet equals less exposure for these big businesses, which means less business deals completed.

From Congress to corporate America, to main street America, the outrage and uproar has been fast and deafening, with citizens and Congress alike expressing their opposition to the repeal. Lawsuits are already being contemplated and planned by groups as we speak, and many members of Congress are saying that action on implementation must be stayed until Congress has had a chance to look at the ramifications of the repeal.

So, yes, it might end up being that this is all much ado about nothing, but if it does stand, I strongly believe that it’ll end up being an ill wind that blows nobody any good, especially the corporations who, today have become so dependent on the internet to do business. There’s no gainsaying the fact that ecommerce is huge today, with companies like Amazon, among others, totally dependent on the internet for almost all of its business.

It’s not out of place to say that the huge profits that are declared by most major companies and corporations today has a lot to do with how more efficient the companies have become with the help of the internet. By that I mean the much wider reach they are able to attain over the internet. These big businesses depend on the internet simply because of it’s accessibility to the people. If eventually net neutrality is killed, and internet service becomes less available or spotty, their businesses will suffer the most.

Many people today lived without the ubiquity of the internet that we know today, and can go back to living without it, if forced to do so. This is because an overwhelming majority of internet users do so for recreational purposes, and not for any critical purposes. The major question, therefore, should be about how well the big internet businesses will adjust to losing much of the customer base they have created over the internet, and going back to doing business the old fashioned way of brick and mortar stores?

My point is that whoever is behind this quest to kill net neutrality, be they greedy corporations or our shadow government which some refer to as the “deep state,” may end up inadvertently hurting themselves. They probably believe they’re doing this in order to make people pay more for the service, thereby making bigger profits, but they are likely going to end up being the reason internet for profit ends. What a great outcome that would be for the people.

Despite what many think today about net neutrality, and who the biggest beneficiaries would be upon its repeal, I believe that the big corporations have more to lose from its repeal than the ordinary people, and that fact gives me hope that the repeal will be successfully fought off. Now, I don’t know if that is a good thing, or not.