The commander of the Libyan National Army (LNA) has accused Turkish President Recep Tayyip Erdogan of interfering in the Libyan internal political conflict. 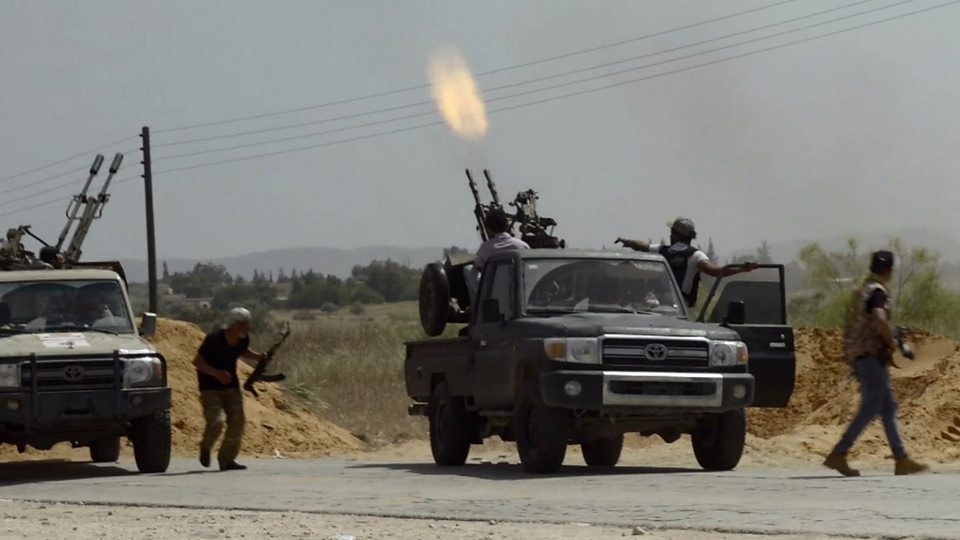 Marshal Haftar made this statement when speaking at the LNA TV channel from Benghazi for the first time after a long break. “The Libyan National Army will defeat any plot to build foreign bases that support and finance terrorism in Libya,” Haftar warned. He confirmed the high command’s statement about the powerful and accurate air strike on the Turkish combat operations center located in one of the air force academy buildings in Misrata.

According to the Libyan military intelligence data, the Turkish center had about 60 officers and carried out missions of providing military and military-technical assistance to the police units of Fayez al-Sarraj’s Government of National Accord (GNA). The Turkish military have been agreeing on the organization of supplies to Libya of weapons, ammunition, equipment and other material means for waging a war. The center was equipped with modern electronics for conducting radio and electronic surveillance not only in the territory of Libya, but also in the neighboring Egypt.

Making his television appearance, Khalifa Haftar starkly illustrated a topographic map of the Turkish General Staff with the latest situation around Tripoli and the warring parties’ balance of forces and means plotted. The map is a real proof of the involvement of Turkish military experts in the Libyan armed conflict on the side of the GNA.

A civil war in underway the country: the Libyans are fighting against their fellow citizens. One side of the conflict is represented by the Government of National Accord, which is officially recognized by the UN. It is also supported by numerous splintered Sunni radical police groups that adhere or are close to the ideology of the Muslim Brotherhood organization banned throughout most of the world.

It was them who organized anti-government protests in Libya, overthrew and brutally massacred the country’s leader Muammar Gaddafi with the assistance of a number of Arab monarchical states (Qatar, Kuwait, the UAE), the United States, Turkey, France, Germany and others. Nearly all the militants had endured the suffering and hardships of the wars in Iraq and Syria, and answering the call of Ankara returned home to establish a Turkish-like theocratic regime.

Only in the wildest dreams can we imagine what sorts of unspeakable things did these thugs, who can only hold and use weapons against the unarmed population, do in their country!

A civil war does not and cannot have universally recognized rules and laws. There is only one law: justice is on the side of the stronger one. Robberies, senseless murders, looting and lawlessness, constant armed clashes between Muslim groups jockeying for power and financial influence have become routine reality for the Libyan civilians.

And vice versa, fighting against the rebel groups are units and parts of the former government army, which once betrayed its commander-in-chief. But now these former military have united under the command of former Gaddafi ally in order to prevent the spread of the “the 21st century plague” and to prevent Libya’s descend into the ignorant Middle Ages.

For this very reason does the Libyan National Army control more than 90 per cent of the country.

The war in Libya is a strange one. Combat activities are mainly conducted to control the capital city of Tripoli. Sometimes they are intense and then subside, having an incomprehensible static nature. Haftar’s supporter commanders explain this phenomenon as a desire to protect Tripoli from severe destruction and to minimize the casualties among civilians who have proved unable to leave their places.

But, perhaps, the reason lies in the fact that the advancing side lacks forces and means for decisive action to defeat the enemy. In this regard, Haftar is compelled to seek help from the leadership of third countries. He enjoys the support of the neighboring Egypt, which is also waging a relentless war against the local terrorists of the Muslim Brotherhood. The leaders of Algeria, the UAE, Oman, Saudi Arabia, and a number of influential European countries also sympathize with Haftar.

Russia takes a restrained position and keeps on an even keel with both Fayez al-Sarraj and Marshal Khalifa Haftar, who has repeatedly visited Moscow over the recent years. There is a good chance that the Russian leadership does provide assistance to the Libyans fighting for the liberation of their country from terrorists. And it does this wisely and skilfully.