The greatest fraud of the century: referendum in Great Britain

As is known, 23 June, 2016, is the date of the EU vote in Great Britain , which is going to dramatically change the pattern of the relationship between the EU and the United Kingdom, despite the voting results. If Britons vote to remain in the European Union, they’ll get more preferences and emerge as the nation even more isolated from the continental EU . In case they decide to leave the EU, several scenarios of the future are possible, though all of them are expected to include massive reconsidering of agreements, deals and contracts. Many experts also believe that Brexit may provoke rise of protectionist sentiment in European states resulting in more feeble power structures of the European Union . 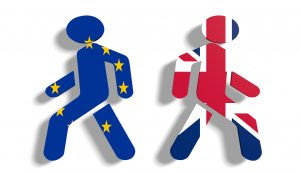 The agitation campaign before the referendum formally started on April 15. Her Majesty’s Government is calling to vote for staying in the EU but, due to exclusive significance of the issue, the ministers were allowed to voice their private opinion that might differ from the official one, and 7 of 30 ministers have exercised this right . Electoral Commission of Great Britain has registered two campaigns: Vote Leave and Britain Stronger in Europe, each of them officially gained access to £600,000 of public grants with the right to spend up to £7m on the referendum campaign period. Still, David Cameron refused the fair play approach and several days before the start of the agitation period he made the decision to mail leaflets explaining the reasons for staying in the EU to every UK household. The whole mailshot is to cost somewhat £9.3m which will practically double the budget of the Britain Stronger in Europe campaign . Mr. Cameron is sure that high stakes in this game may serve solid enough justification of the huge sums to be spent, and so he isn’t set to make any apologies at all .

The advocates of the UK’s exit from the EU had massively rejected this move of the government and posted a petition on the British parliament’s site to ban Cameron from spending the taxpayers’ money on agitation . There were more than 200,000 signatures below the text of the petition at the time this article was in the writing. The parliament considered the petition on May 9, 2016. Ironically enough, in England the mailshot took place in April, while in Scotland, Wales and Northern Ireland it was done on 5th of May, after the devolved elections. Actually, the petition was mere mockery never actually meant to really change anything.

Furthermore, when analyzing the agitation stuff of the campaign Vote Leave you get the impression of some imitation of the democracy procedure. The red color dominating in the agitation materials is subconsciously associated with danger and is only able to provoke negative reaction rather than positive one. The materials themselves are single-type, lacking diversity, primitive and having mostly populist slogans, are unlikely to be the work of really qualified staffers. Obviously, the campaign’s initiators spared themselves in search of highly experienced staffers, for the campaign was doomed to failure from the very start.

Indicatively, the materials of the Britain Stronger in Europe campaign are of much better quality and their design resembles greatly the stuff used in Barack Obama’s presidential race in 2008 and 2012 when Americans were electing their first swarthy president and then were re-electing him.

This evident advantage of the pro-European campaign over its rival is wholly due to not quite honest acting of the government and obvious lack of proficiency of the team calling to British exit from the European Union. The effect on the electorate is quite predictable… Despite the recent surveys showing the approximate parity of the number of advocates and opponents of the exit, the majority of the UK citizens (51%) are sure the country will vote to stay in the EU, and only 17% think it will not .

In fact, the international community can now witness the distortion of the foundations and ideals of democracy in the country that used to be seen as its cradle.

just a happy man, proud to be American but unhappy to be US taxpayer, a patriot to this country, freeminder and politics of no bullshit lover