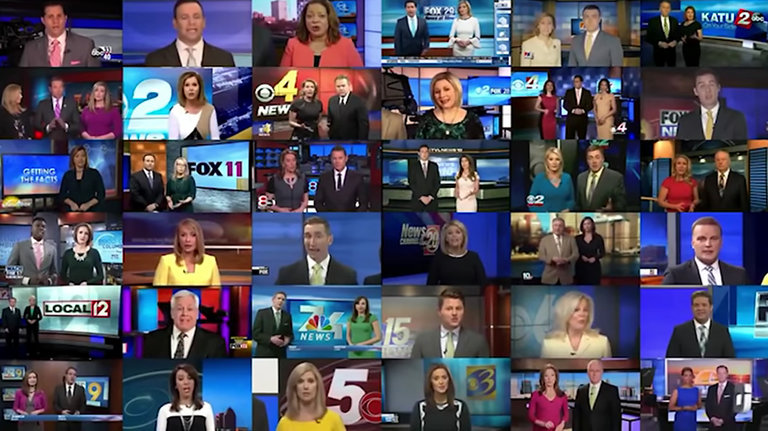 The din is so palpable you can almost touch it. The sorrow is so clear you can feel it, and the outrage is so real that you can’t help but be drawn into joining it, except you’ll be joining a fake outrage movement. You’ll be joining a fake movement because all the noise you’ve heard from the Democrats about the Sinclair group’s ownership of so many media outlets, and how the Sinclair group is manipulating the news we hear as a result, is all total and complete bunkum.

What it is is the tried and tested ‘party out of power’ crocodile tears which we’re used to seeing from the party in opposition. The thing that makes this one even more pitifully dishonest is that it was the same Democrats crying wolf right now, who signed the law that makes what Sinclair group is doing possible.

Yes, it was then Democrat president Bill Clinton who signed the bill which passed the Senate with 40 Democratic votes and the House with 179 Democratic votes into law, but today, the shamelessly deceitful Democrats are wailing from one corner of the country to the other about what a terrible thing the law is. A law which they passed and signed.

This is just a little sample of how our politics works in this country where everything the two political parties do depends on whether they are in control of government or otherwise. The party in opposition criticizes everything the party in power is doing, even though they did the exact same thing when they had control, and would do it again if they gain control.

I call it the team sport effect where each team tries everything possible to stop the opposing team from doing exactly what they themselves would do when they get the ball. That is what American politics has become, and the only losers are us, the electorate. When all both parties do is just actively try to stop each other from governing, no governing happens and the result is what we’re living today where practically nothing works for us.

However, all the things that are meant to help the rich to get richer always breeze through and become law, which makes it clear that both parties know exactly what they’re doing, and are no longer working for the general citizenry despite what they claim. The pattern of everything that will benefit the rich always sailing through congress and being signed into law, and everything that will benefit ordinary citizens always falling short is enough proof that our political system has been completely hijacked and no longer works for us.

We need a new direction.