Hillary Clinton accusing Bernie Sanders of damaging her campaign only cements her reputation as a liar. 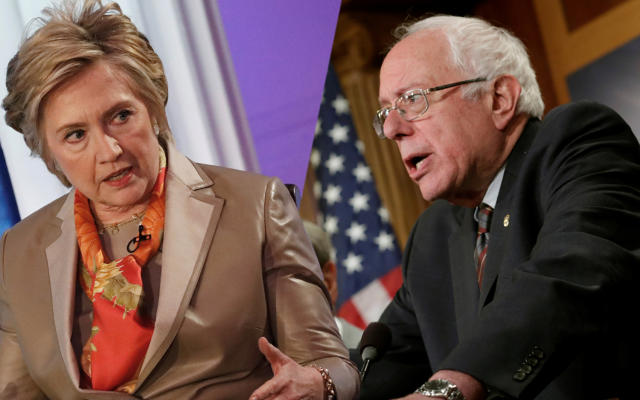 The liar is back. Yes, Hillary Clinton is out of the woods and back in the news once more. I call her the liar because she’s a liar, and her latest statement in her new book proves beyond reasonable doubt that she is truly a liar.

In her new book titled “What Happened,” Hillary Clinton believes the “attacks” Bernie Sanders leveled at her during the 2016 Democratic primary “caused lasting damage,”  and made it harder to “unify progressives” and paved the way for Donald Trump’s “Crooked Hillary” refrain during the general election.

“I don’t know if that bothered Bernie or not,” Clinton writes according to excerpts from advance copies shared online. “He certainly shared my horror at the thought of Donald Trump becoming President, and I appreciated that he campaigned for me in the general election. But he isn’t a Democrat.”

Clinton added that saying Bernie Sanders is not a Democrat isn’t a smear. “That’s not a smear” — it’s what the independent senator from Vermont himself says. Sanders lost his bid for the Democratic nomination and endorsed Clinton at the Democratic National Convention.

So here she is back out from the woods and confirming what a liar she is. How did she confirm this, you ask. Well, all Bernie Sanders did during the primaries was tell the truth about everything that is going on in the country.

He told the truth about Wall Street and how it needs to be reformed. He spoke the truth about how Wall Street cannot continue to be an island unto itself, gambling trillions in risky financial decisions while expecting the public to bail it out. The six largest financial institutions in this country today hold assets equal to about 60% of the nation’s gross domestic product. These six banks issue more than two-thirds of all credit cards and over 35% of all mortgages. They control 95% of all derivatives and hold more than 40% of all bank deposits in the United States.

He spoke the truth about how three of the four largest financial institutions are 80% bigger today than they were before we bailed them out, and that banks that become too big to fail have also become too big to exist.

Bernie Sanders told the truth about the war industrial complex and their wars for profit, and spoke about ending wars and fighting smarter wars if, and when, we need to fight any wars only as a last resort. He spoke out against war with Iran and supported the Joint Comprehensive Plan of Action, the agreement that the U.S. negotiated with China, France, Germany, Russia, and the United Kingdom and Iran.

He spoke about giving free tuition college education to American students, and lifting the burden of debt of student loans by allowing Americans to refinance student loans at today’s low interest rates. He also spoke about barring the federal government from making a profit from student loans. His plans for making college tuition free cost about $75 billion a year, and  he proposed imposing a tax of a fraction of a percent on Wall Street speculators who nearly destroyed the economy seven years ago as a way to pay for it.

Bernie Sanders told the truth about getting big money out of our politics. He spoke about ending a political campaign finance system that is corrupt and increasingly controlled by billionaires and special interests, and his fear that government of the people, by the people, and for the people is beginning to perish in the United States of America.

Bernie told the truth about giving American workers a living wage, and made the case for minimum wage to be raised to $15 per hour. He decried the fact that Millions of Americans are working for totally inadequate wages, and said that we must ensure that no full-time worker lives in poverty. The current federal minimum wage is starvation pay and must become a living wage.

Senator Sanders told the truth about fracking and opposed it vehemently. ” We cannot, we should not and we must not allow our children to be poisoned by toxic drinking water just so a handful of fossil fuel companies can rake in even more profits.” “Our job is to break our addiction to fossil fuels, not increase our dependence on energy sources that pollute our planet.”

This is just a few of the truth told by Senator Bernie Sander during the Democratic party primaries which made him very popular all over the country and drew very large crowds to his campaign rallies. In fact, he was so popular and on his way to winning the primaries before the Democratic National Committee (DNC) connived with Hillary Clinton to rig him out.

Telling these truths which I stated above is what Hillary Clinton has come out to condemn as “attacks” leveled at her, and that proves the fact that she is a liar. The only reason anyone would consider the truth to be an attack on them is that they’re lying. Only liars are afraid of the truth, and Hillary Clinton has finally come out to unequivocally remove any doubts that might have been lingering as to her reputation as a liar with this book.